The 45th annual Highland Lassie Bonspiel held on Saturday, March 7th was another successful event. This year, eight out of town teams from Port Perry, Lindsay, Whitby, High Park, York, St. George's and Annandale Curling Clubs were greeted by 8 Haliburton teams. The commitee comprised of Sue Mason, Jackie Bradbury, Wendy Hewson, Ferne Taylor, Linda Boore, Lyn Ritchie, Norma Kennedy, Janet Boyne and Mary Hillaby organized a fantastic and eventful day. A special recognition needs to be given to Jane Jaycock for her outstanding cakes and all the work she creatively designed for the bonspiel. Thank you, Jane! 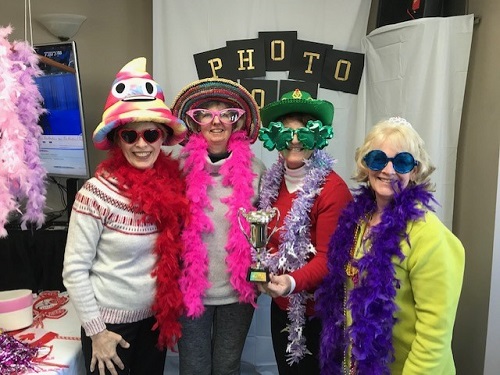 A team from Port Perry skipped by Chris Acton scored first place honours in her draw. Sandra Duchemin finished second in her draw. Sandra had Wendy Hewson as her vice, Joan Hawley as second and Savannah Byers as lead. Settling in third place in her draw was Wanda Stephen and her team of Ginny Carmichael as vice, Alexis David, second and Nancy Walker as lead. Laraine Forgrave also came third in the opposite draw and she had Lynn Snodden as vice, Rachel O'Neill as second and Peggy Devine as lead. Congratulations, girls! 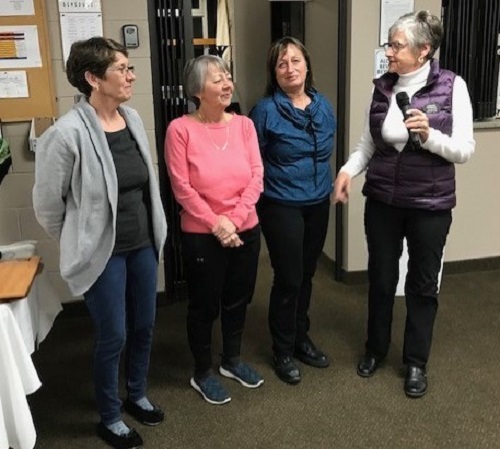 Many thanks to Mitch Stephen from TMS Services who sponsored the bonspiel. Thanks to the servers, Dave Chevrefils, Glen Smith, Peter Forgrave and Keith Clarkson. Garth did a great job as bartender. They looked mighty dapper in their bow ties. GlennScott was the drawmaster and was also a huge help. 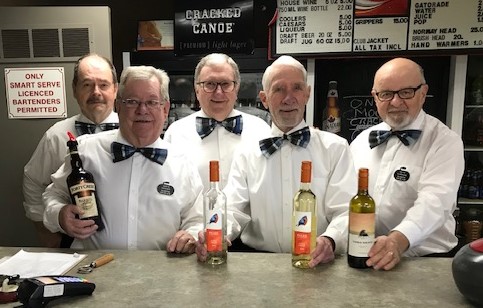 The success of the bonspiel is the result of many helpful volunteers and individual/business donations. John Watson and Mitch kept the ice in great shape throughout the day.

Many thanks to everyone.

There are no upcoming events.