Members of the curling teams and spectators had an enjoyable weekend of curling, fellowship, fun and food! Many thanks to the following sponsors: Todd’s Independent, Phyllis Woodcock, a lifetime member of the club, Minden Subaru, Superior Propane and Kelly’s Fuels.

The final game of the “A” Event was very exciting to watch. The team from West Northumberland skipped by John Wynsma, vice, Lori Wynsma, second, Wayne Brander, and lead, Lori Brander took the trophy. Runners up were from York Newmarket skipped by Dan Cleutinx, vice, Sharon Cleutinx, second, Steve Bilsland and lead, Denise Bilsland. The third place team of the A event was skipped by Liam Dorey and his team from Elora. 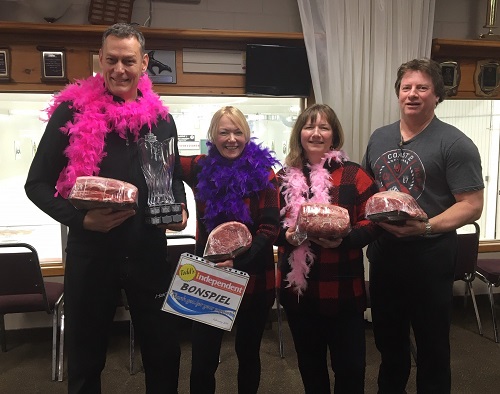 Another great game was between York and Oshawa for the “B” event trophy. The Oshawa team skipped by JimThedorf, vice, Patricia Thedorf, second, Rick Rosnak and lead, Sharon Rosnak took home the trophy. Runners up were the York team of skip, Nadine Simpson, vice, Mark Simpson, second, Scott Whittaker, and lead, Tanya Whittaker. Third place in the B event was the team from Oshawa skipped by Blair Cowley. 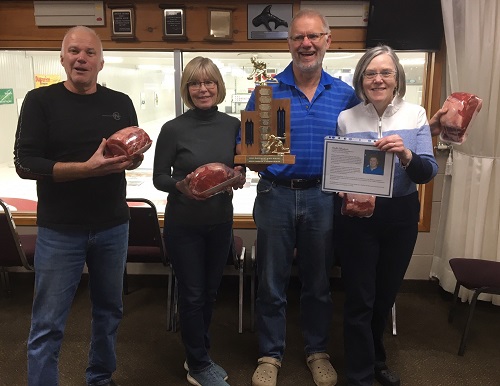 Winning team of the “C” event was a team from Brighton/Haliburton skipped by Bob Smith, vice, Karin Smith, second and lead from Haliburton were Bill Keevil and Kim Burk. Runners up were from York skipped by Mark Buhlman, vice, Erika Buhlman, second, Doug Bertrand and lead, Suzie Bertrand. Third place in the C event was the team from Richmond Hill skipped by Michael Tambosso. 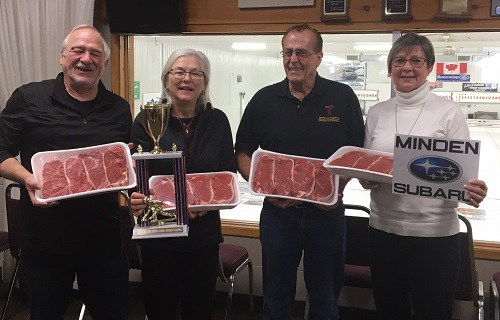 Winning team of the “D” event was skipped by Samantha Fuller, vice, Andrew Fuller, second Bob Hevey and lead, Lesleigh Hevey from the York Curling Club. Runner up was a team from West Northumberland skipped by Lindsay Andrews, vice, Maureen Campbell, second, Bob Campbell and lead Carrie Andrews. Third place in the D event was the team from Oshawa skipped by Derek Ferlatte. 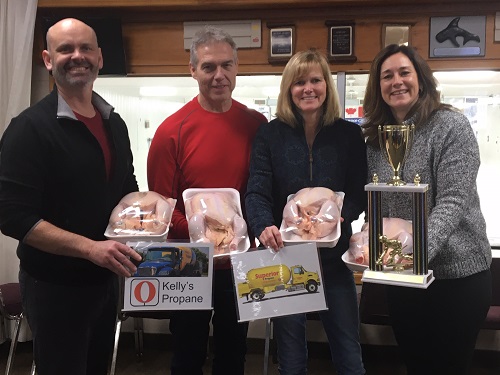 All teams commented on the terrific ice surface that was maintained by ice technicians, John Watson, Dave Moss and help from Ron Draper.

Congratulations to everyone and many teams told Mary they would like to come back next year! Check out the picture gallery for more photos of this fantastic weekend event. At the top of this home page go to "Club" and the links will follow. Choose "Picture Gallery" to find photos of the Todd's games, dance and event winners.