Congratulations on the 61st anniversary of the Men's Skyline Bonspiel. What a fantastic event that took place this past weekend at the Haliburton Curling Club. Kudos to the very hard working committee of Dave Moss, Kent Milford, David Ogilvie, Andy Glecoff and Steve Colliver. There were 24 teams altogether with 22 out of town teams that ventured to Haliburton from all over the province. Delicious meals, and fantastic entertainment from Carl Dixon on Saturday night helped make this a fabulous bonspiel and one that will have these teams coming back again next year! Congratulations to everyone.

Winners of the A Event sponsored by Haliburton TimberMart 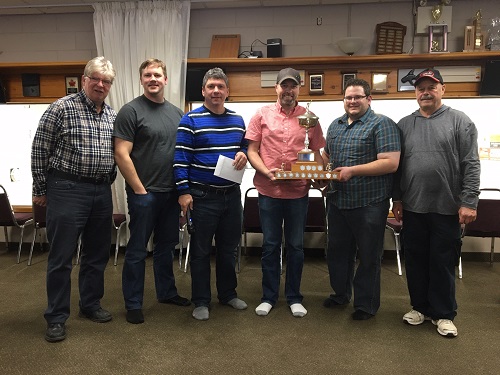 Runners Up in the A Event was a team from Haliburton Curling Club skipped by Owen Duhaime, vice Russ Duhaime, second, Tyler Warham and lead, Dustyn McCready-Debruin. 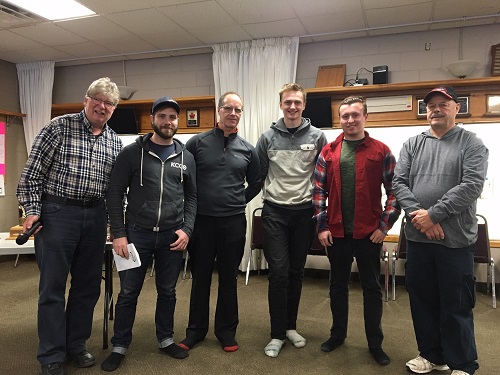 Winners of the B Event sponsored by Curry Chevrolet Buick GMC

The winners of the B Event represented the Peterborough Curling Club skipped by Mike Ounpuu. His team consisted of vice, Andy Staszak, second, Dale Sokolowski, and lead, Kevin Smith. 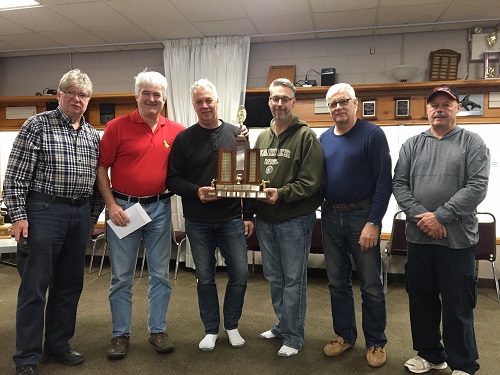 Runners Up to the B Event was a team from Niagara Falls skipped by Brian Moore, vice, Bill Lamb, second, Mark Gienow and lead, Randy Elliott.

Winners of the C Event sponsored by Walkers Home Hardware 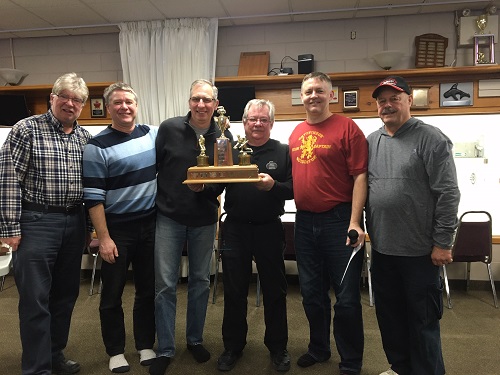 Runners Up to the C Event was a team from Niagara Falls skipped by Jeff Glover, vice, Kevin Coons, second, Todd Denney and lead, Randy Downey.

Winners of the D Event sponsored by Hudson Henderson Insurance 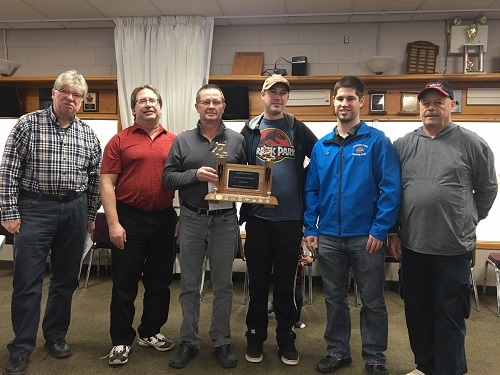 The winning team was the Colliver family that comes from all over Ontario to play in this event. Steve Colliver, the skip, lives in Haliburton and his brother, Brent is from the Sudbury Curling Club. Their two boys play the front end as second, Chris Colliver and lead, Jesse Colliver.

Runners Up to the D Event was a team from Oakville/Peterborough skipped by Bob Betts, vice, James McCallum, second, Joe Ribau and lead, Peter Dillworth.